For loop in python:

For loop in python is used to traverse through a sequence of lists, tuples, or any iterable objects.

For loop in python works quite similar to an iterator that is  found in other programming languages like Java.., Where we usually do not use indexes to get items from the iterable object. 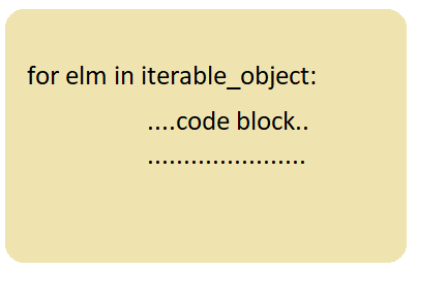 In each iteration, elm takes the item from the sequence/iterable_object

Loop will run till the last element in the sequence. 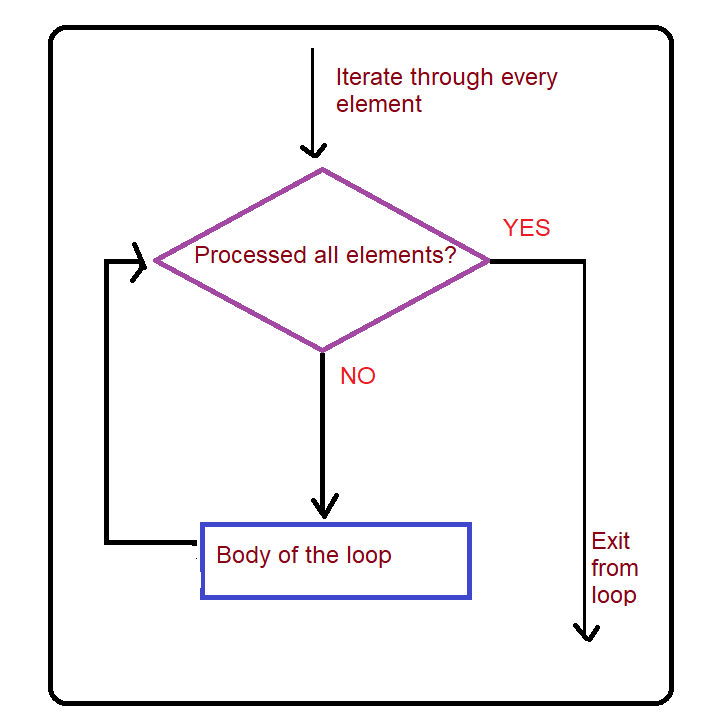 Program to get even numbers from  the list using for loop

How does the above code work? 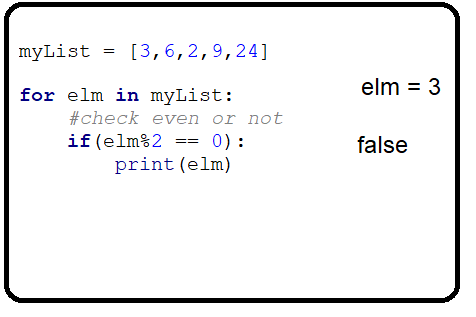 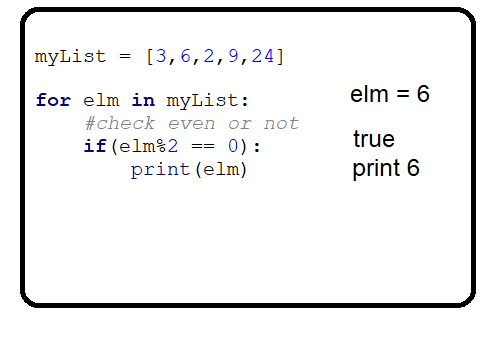 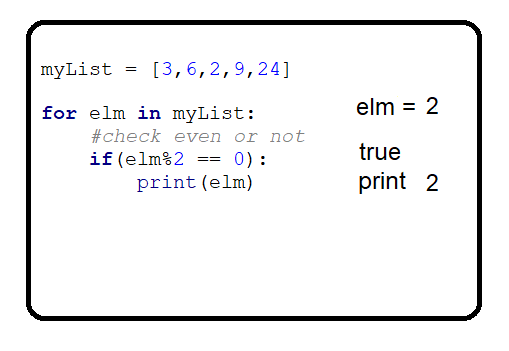 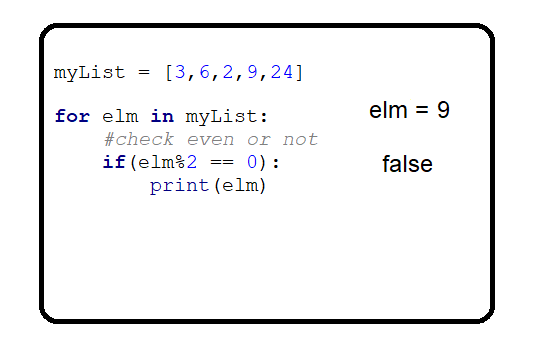 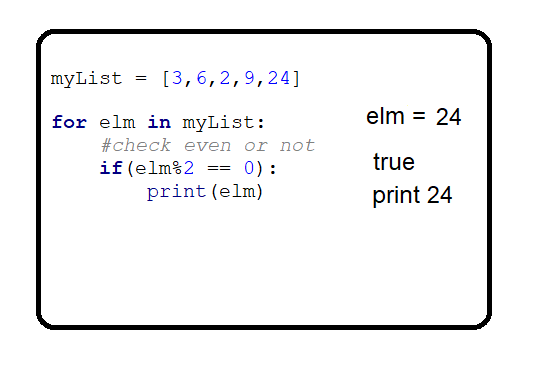 For loop on range() function

Find the sum of numbers between 2 given numbers

For loop with else:

For loop with else ( Without break)

Explanation: The loop is not terminated by “break”, and all the elements in the list have been processed, So the else part is also executed.

For loop with else ( With break)

Explanation: Since the loop is terminated by “break”, so the else part will not be executed.

Special thanks to Sai bargav Nellepalli for contributing to this article on takeUforward. If you also wish to share your knowledge with the takeUforward fam, please check out this article