Methods in Java execute only when they are called by any of the caller methods.

Methods in Java help us implement the DRY (Do Not Repeat Yourself) Principle. The idea behind the principle is that repeating yourself is a bad thing to do when coding, because having the same code in different places makes maintainability harder, once changes in the code will have to happen in many places, instead of one.

Now after reading this you must be thinking that the methods in Java are the same as functions in other languages like C/C++. The answer is pretty much YES. We can say that the ‘Method’ is the object-oriented word for ‘Function’.

The only difference between Methods and functions is that you can invoke a function anywhere by just mentioning its name with the given arguments.

While talking about the methods then the method is specifically associated with an object, which means you can only invoke a method by mentioning its object before it with a dot(.) notation or operator. Every method must be a part of some class.

There are total 6 components in the Java method declaration and they are as follows: 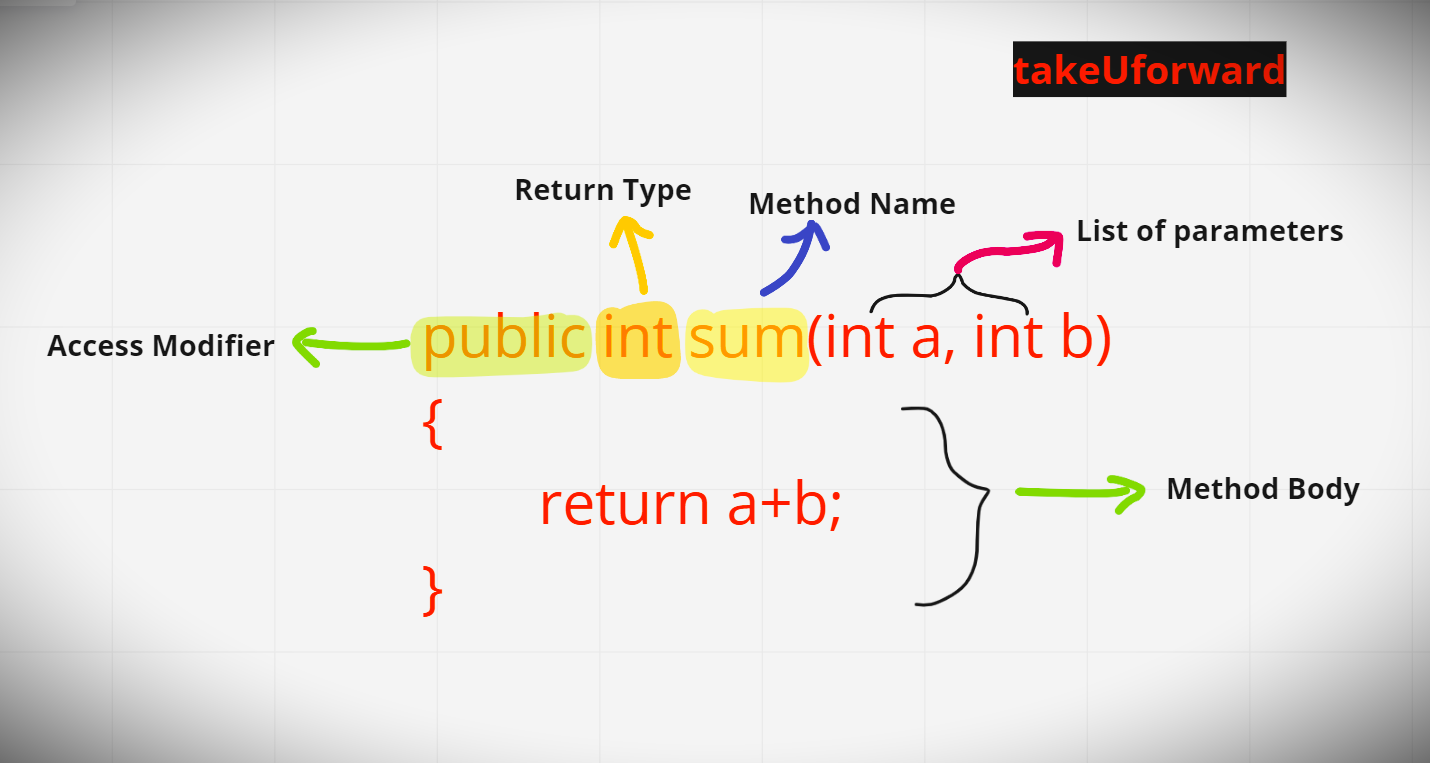 Types of Methods in Java

There are two types of methods in Java:

The method needs to be called for using its functionality. There can be three situations when a method is called:

A method returns to the code that invoked it when:

Example 1: Multiplication of two numbers with the help of methods in Java

Output: Product of given two values is : 10

Example 2: To check if the given number is Even or Odd

Output: The number is odd..!

Special thanks to Abhishek Yadav for contributing to this article on takeUforward. If you also wish to share your knowledge with the takeUforward fam, please check out this article