Let us see the example of the class

Let’s consider the class of Animals where every animal has different names and different characteristics but all of them share common properties like – 4 legs, 1 tail, their breed, their color, etc.

So, Animal is a class, and legs, tails, breed, and color are their properties. 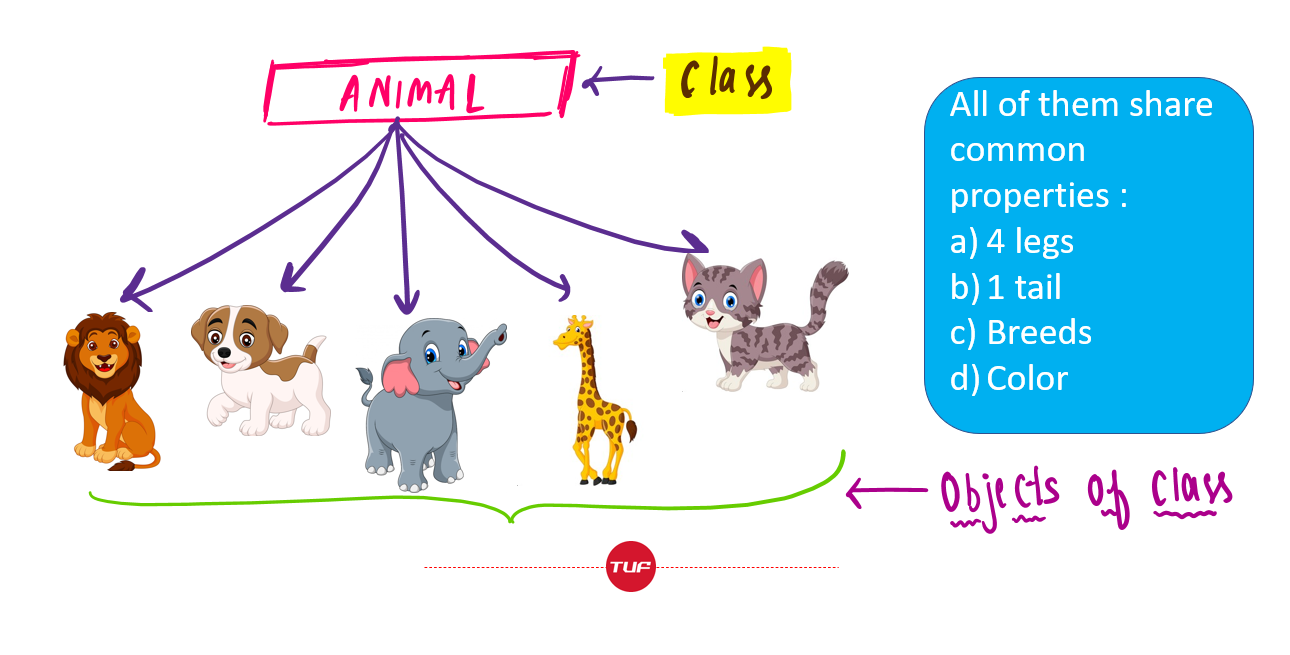 Let’s see some properties of the class

An object is an instance of a class. When a class is defined, no memory is allocated while when the object of the class is created i.e it is instantiated memory allocated to that particular object.

How to create a class? 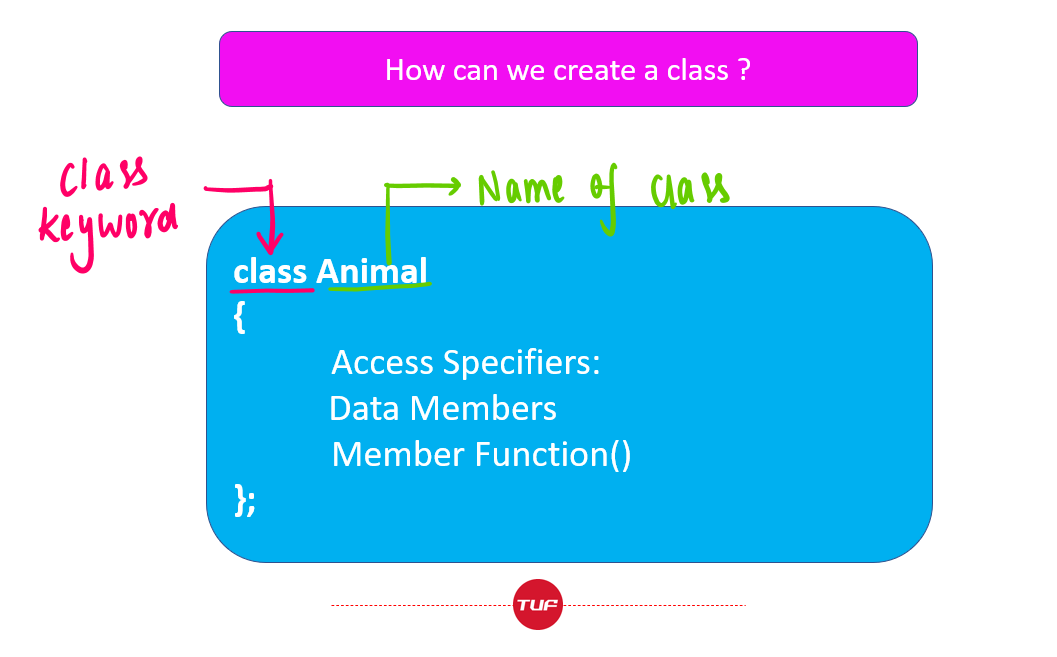 For creating the object of the class, We need to allocate the memory. Here, class is our newly created user-defined datatype, and the object we are creating is a variable. 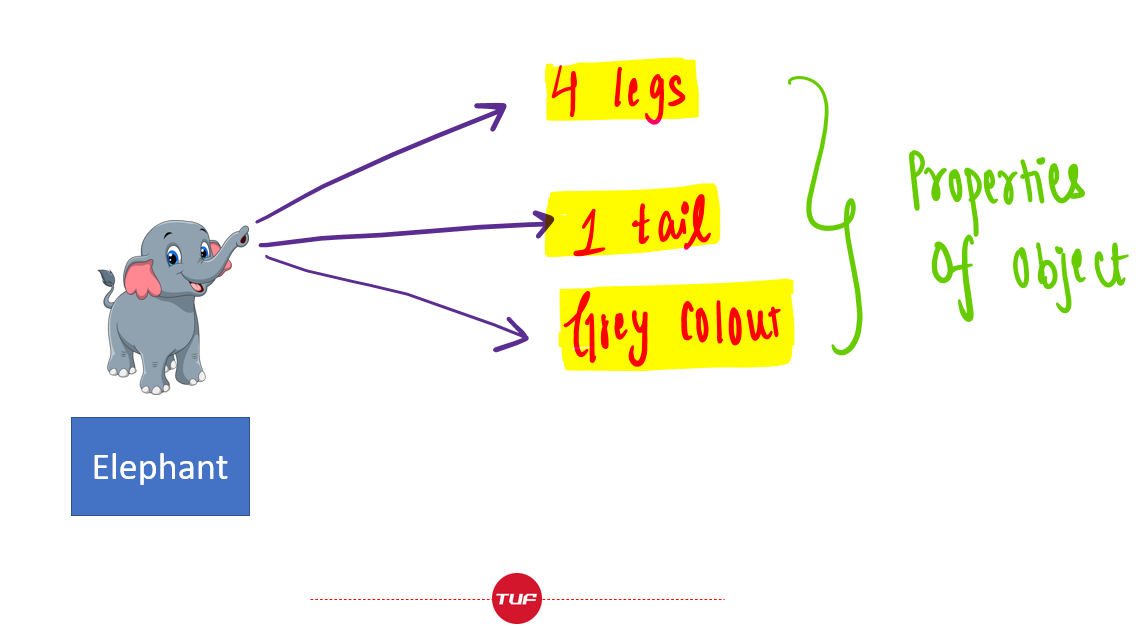 The data members and member functions of the class can be accessed using the dot(‘.’) operator.

For Eg, to print the color of an Elephant we can access it as

Elephant.Color();  // This will return the grey color of Elephant.

Now we have some Access Specifiers in C++ of the class – public, private, and protected.

C++ Program to demonstrate the access of data members

Color of given Animal is :grey

For defining member functions outside the class, we need the scope resolution operator(::) along with the class name.

The syntax for defining member functions outside the class –

Color of given Animal is :grey

NOTE – Member functions of the class are by default inline which is advantageous for reducing the call overhead of the function.

A constructor in C++ is a special method that is automatically called when an object of a class is created.

In class-based object-oriented programming, The constructor is a special method that is used to initialize a newly created object and is called just after the memory is allocated for the object.

A constructor is a special member function of the class because it does not have any return type. Constructor has the same name as the name of a class.

They are of three types – copy, parameterized, and default constructor.

For their detailed analysis, refer to this article – Constructors in C++

Destructor is another member function that is called automatically by the compiler when the scope of the object terminates. It basically represented by the tilt operator(~) with the class name as the function.

C++ Program to demonstrate the destructor in C++

Destructor called for given object

Special thanks to Gurmeet Singh for contributing to this article on takeUforward. If you also wish to share your knowledge with the takeUforward fam, please check out this article