What is Blockchain? This is a question you might have asked yourself or your friends multiple times over the past few years but still don’t have a very clear idea about it. I can feel you, there are a lot of jargons involved related to technology, finance and cryptocurrency which might make it difficult for you to understand blockchain.

In this article, I will break it down one step at a time and we together will understand Blockchain from a very naive point of view that what blockchain means, why it came into existence and how does the future prospect look like.

Before that, please follow me on twitter and discord to learn more about blockchain, cryptocurrency, NFTs, metaverse and much more. 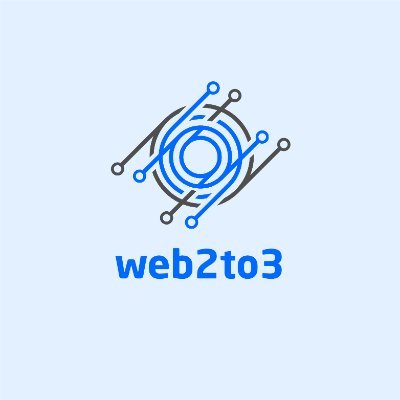 Equip yourself with everything related to web3.
Follow to get insights and understand
fundamental concepts behind
blockchain/web3 ecosystem.

To be very honest and make it very simple for you, a block chain is simply a chain of blocks and nothing more. Now, what makes it complex is:

Before that, let’s read the definition of blockchain from investopedia.

A blockchain is a distributed database that is shared among the nodes of a computer network. As a database, a blockchain stores information electronically in digital format. Blockchains are best known for their crucial role in cryptocurrency systems, such as Bitcoin, for maintaining a secure and decentralized record of transactions. The innovation with a blockchain is that it guarantees the fidelity and security of a record of data and generates trust without the need for a trusted third party.

Yes I know, it was difficult for me as well to understand the above definition at the first read, don’t worry I will simplify it for you in bullet points:

Coming back to “Blockchain is a chain of blocks.”

How are the blocks structured in blockchain? All blocks in a blockchain are considered as a node linked to the previously created block in the chain.

Why are these blocks created? A block is created, whenever a transaction is made on a blockchain. For example, if person A sends 5 bitcoin to person B, then this transaction will lead to creation of a block on the bitcoin blockchain.

What do these block contain? Each block in a chain stores some information. In the last example, the transfer of bitcoin between person A and B will be stored in the block created along with the timestamp of the transaction.

Note: Whenever a block is created, it is linked to the last created block in the blockchain.

A block can contain different types of data with the most popular type these days being cryptocurrency transactions. And in a decentralised blockchain like Bitcoin, the data stored in a particular block is irreversible and visible to everyone on that blockchain.

Before we deep dive into Blockchain, here are some interesting facts about Blockchain:

1. First research paper on Blockchain was submitted in 1991.

3. Bitcoin was the first widespread project on Blockchain, hence cryptocurrency and blockchains are used a lot interchangeably.

How does a Blockchain work?

As a technology, the goal of blockchain is to allow digital information to be recorded securely without the need for a third party security layer and be distributed at the same time across the network, but not edited. Such technology is the foundation or building blocks for immutable ledgers or immutable legal transactions. A technology that ensures anonymity, security, transparency, and immutability of all legal transactions is something we as a human kind has always tried to achieve before blockchain was invented. Blockchain made it possible to allow transactions that can’t be altered, deleted or destroyed and ensure transparency.

A transaction in a Blockchain goes through a series of step or life-cycle as described below:

The above image is pretty-much self explanatory to help you understand how a transaction on Blockchain works. I will leave that to you and move ahead with these summary points:

Let’s deep dive into some interesting features that make Blockchain so unique and the only of it’s kind so far:

Decentralisation is often mistakenly understood as Distributed by some one new in this space. However, the both are interlinked, but not the same. Distributed as it’s name suggest means that task or computing power or information is distributed across a set of users, on the other hand, decentralisation means no single point of in charge.

Consider the social media network facebook. Facebook is a massive social network with data of over billions of users interacting with each other every single second over newsfeed, messaged, calls etc. All of this data is centrally managed under the single building of facebook headquarters. All of the computing power needed to keep facebook live 24*7 is located at the same place, with the same set of people in-charge in operation and decision making. Imagine what will happen if there is a calamity at the facebook headquarter, a power shortage, a massive earthquake, lightning or any other natural disaster. Facebook’s servers will crash leading to loss of potential data.

Or, what if someone inside deletes every record that ever existed in Facebook’s server, forget about consequences, it is possible to do. Everything is gone with a single click! Boom.

Or, what if one of the facebook’s server or multiple server get’s hacked, the data of more than a billion people will get compromised.

A blockchain does not store data in any single location but distributed across a chain of computers present at different locations and connected over a single network. In order to make any change in a transaction, it requires shared computing power of all of the participating nodes on the blockchain, and in order of these participating nodes to validate the transaction, a majority of them need to first agree to proceed. If these nodes see a transaction as fraudulent, it will never agree to process the transaction. This way no single node within the network can independently alter the information stored in any of the blocks.

We will learn about these things in details in Proof of Work and Proof of Stake mechanisms.

Because of the decentralised nature of blockchain, it also ensures absolute transparency. Any node in a blockchain has access to all the transaction data to be viewed. That means, on the bitcoin blockchain, you can literally track movement of every single bitcoin across the network.

Oh wait, I already told earlier at start that blockchain ensures anonymity, isn’t it contradicting with transparency? Yes it is, let me make it easy for you to understand. On the blockchain and let’s take bitcoin’s blockchain as an example, not a single node(or computer, or participant) is linked to the real world identity. Every node has an address, in bitcoin’s case a wallet address to store bitcoin which can be accessed securely by its user using combination of encrypted public and private keys.

On the blockchain, the data about this address or wallet address is completely visible and transparent to every other node, but personal details of the owner or the node is nowhere stored on the blockchain and hence you can remain anonymous and be transparent at the same time. Isn’t it interesting? :p

This is the section where it get’s the most interesting.

If you have paid attention so far, I have already emphasised these two points:

Every node in a blockchain is stored along with it’s timestamp. So, you can’t alter a node’s data directly, but you can create a copy with modified content and latest timestamp and add this new node at the end of the blockchain.

Now, for security each block has it’s own hash along with the hash of the block before it with the previous timestamp. For simplicity consider this hash as an encrypted address of the block created using some mathematical calculations.

In order for someone to make an update on the blocks a few blocks before, it get’s extremely difficult as:

Every approved transaction always require at least 51% of the votes of the participating nodes. Hence, if any node wants to alter data of a node, it has to do it in all the 51% copies of the blockchain spread across the nodes for everyone else to agree to the change.

Which makes it near impossible to achieve as the amount of energy and resource needed to process such huge transactions is unimaginable.

That’s all, basics of Blockchain. Hope I could make it very simple and easy for you to understand. Please suggest modifications if any in the comments and join our community on twitter and discord for more such content.

Equip yourself with everything related to web3.
Follow to get insights and understand
fundamental concepts behind
blockchain/web3 ecosystem.